Social Media Lab doctoral students, Sarah Gilbert and Drew Paulin were awarded the Social Informatics Best Student Paper award at the 2016 Annual Meeting of ASIS&T (Association for Information Science and Technology) annual meeting for their paper, “Tweet to learn: Expertise and centrality in conference Twitter networks.” The award is given to the best paper written by a doctoral student on a topic informed by social informatics.

Sarah and Drew’s award winning paper was originally presented at the 2015 Hawaiian International Conference on System Sciences. Drawing from learning theories such as networked learning, connectivism, and social constructivism, they used social network analyses to explore how the positions experts’ occupy in a conference allow them to share knowledge. Using the Learning Analytics and Knowledge Conference held in 2014 as a case study, the authors identified subject-specific and general experts in the network and found that their highly central positions allow them to make impactful contributions to the conference Twitter network.

The paper is part of the initiative on Learning Analytics in the Social Media Age, a five year (2013-2018) research initiative funded by the Social Science and Humanities Research Council of Canada (SSHRC), aimed at understanding how online social networks influence educational models. The initiative is led by Dr. Anatoliy Gruzd at Ryerson University, Canada and Dr. Caroline Haythornthwaite at Syracuse University, USA.

Learning in the Wild: Coding Reddit for Learning and Practice

Examining Posting vs Commenting Behaviour on @reddit with @Tableau

Come Work with Us! Postdoctoral Associate in Social Media Analytics 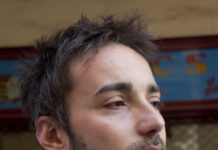 Webinar: Not All MOOCs Are Created Equal: A Comparative Evaluation of Popular MOOC Platforms

LASI 2014 Workshop on Learning Analytics for the Social Media Age

Professors, Do You Use Social Media For One or More of Your Classes? Please Take Our Survey #highered

Where Learning and Analytics Intersect: Dalhousie Social Media Lab at the #LAK14 Conference