TORONTO — In the era of COVID-19, social media has often been touted as an antidote to physical distancing. With so many Canadians stuck at home due to the pandemic, a new report gives an indication of just where they may be spending their time on social media.

The ‘State of Social Media in Canada 2020’ released today by the Ryerson Social Media Lab, a research lab at Ted Rogers School of Management, provides a snapshot of social media adoption and use in Canada. The report, authored by the Lab’s co-directors Anatoliy Gruzd and Philip Mai, is an update to a survey released by the Social Media Lab in 2018.

“We’ve seen social media habits change in recent years and new platforms have emerged,” said Mai. “The aim of the report is to address the lack of public data on social media adoption and use in Canada.”

Highlights from “The State of Social Media in Canada 2020” include:

The report’s authors are available for media interviews to discuss the findings and implications from this new report.

About the Ryerson Social Media Lab

Located in the heart of downtown Toronto, the Ryerson Social Media Lab is an interdisciplinary research laboratory at Ted Rogers School of Management at Ryerson University. The lab studies how social media is changing the way people and organizations communicate, share information, conduct business and form communities online, and how these changes impact society. The lab’s research seeks to advance the public’s understanding of the benefits and pitfalls of social media adoption.

Social media marketing: Who is watching the watchers? [New Study] 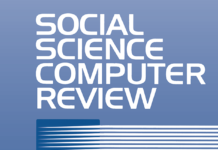 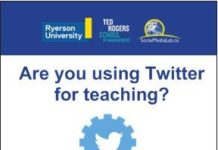