On March 22nd the Harper Government of Canada released the federal budget for 2011, to much anticipation from the online social media community. At 4pm on Tuesday there was a flurry of activities on various social media platforms, as Canadians rushed to discuss the latest budget which is expected to cause a spring election. As part of the lab research into how and when people are using social media and for what purposes, our lab has spent the last 48 hours looking at how Canadians are using the various forms of social media to discuss the new 2011 federal budget.

Many blog sites seemed to have decided to forgo live blogging, which was very much in vogue in previous years,  in favour of a live  twitter dashboard which allows for more real-time news and feedback on the budget.  Twitter is now seen by many as the go-to medium for instant feedback and reaction to events. Prior to the release of the 2011 federal budget many tweets and  blogs posts were predicting that the budget would focus on reducing Canada’s deficit. Bloggers viewed this element of the budget as the most important in deciding whether the opposition would approve it, avoiding a Canadian election in the spring. The budget was viewed by many as ‘Harper’s last chance’ if an election is forthcoming, considering the claims that they are in contempt in Parliament. Benefits for Canadian however, were described as ‘modest’ after the release. The NDP’s indecision to back the budget, and their eventual announcement to reject it, was the subject of many last-minute blog updates.

The most common benefits discussed after the release are: tax breaks given to homeowners who make environmentally friendly improvements to their homes, and some student’s debt relief. However, the criticism of the budget far outweighs any praise. As often is the case, the government in power is criticised for not spending larger sums on some sectors and programs and too much money on others. Many bloggers felt that the Harper government should have been more active in soliciting support through this budget to avoid contempt charges in parliament, and a spring election.

As part of the annual budget release process ritual in Canada, another more optimistic document making alternate budget recommendations has also been circulating in the blogsphere. The Alternative Federal Budget, published by The Canadian Center for Policy Alternatives, is getting reposted and linked to often in the blogosphere.  It makes alternative recommendations for addressing Canada’s failing economy, increasing support for social programs, and decreasing the unemployment rate.

The importance of mainstream mass media outlets such as newspaper and televisions are also prominently reflected in the blogsphere and YouTube.  Blogs either base their posts on reports found in the mainstream media, or mention their coverage of this event as a way to validate the blogger’s opinions. YouTube videos are mainly clips from the CBC and once again reflect Canadians’ interest in decreasing the deficit. In the hours after the release, YouTube videos related to the budget generated many new views.

Facebook is showing a marked absence of discussions and groups on the federal budget.  Past budgets have had dedicated pages, although these have not been very popular in terms of ‘likes’ or total number of members. Perhaps this is the reason for the absence of a 2011 federal budget page on Facebook at this stage in the public discussion.

Do you agree with how the budget is being received among online communities? Leave a comment and let us know your thoughts on how the debate about the new Federal budget is playing out on the various social media platforms.

* Philip Mai contributed to the analysis and writing of this report. 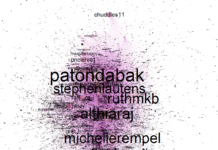 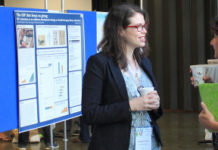